admin
Stories:
- Samsung puts an end to the BlackBerry acquisition rumors
- Galaxy S6 Edge rumors double-down on dual curve theory
- Metal-bodied Galaxy S6 rumors get thrown a curve ball: what if it’s glass-backed?
- Samsung’s rumored round smartwatch could finally embrace wireless charging
- Samsung’s rumored round smartwatch could finally embrace wireless charging
- HTC One M9 specs, first HTC smartwatch details rumored
- Apple might sell stand-alone stylus as iPad Pro accessory after all
Watch today's Pocketnow Daily as we talk about Samsung's final plans with BlackBerry. Then we continue talking about Samsung, this time regarding the possible design of the Galaxy S6. Yes, we then have more Samsung to talk about, but now we focus on some good news for its future wearable. HTC follows as we learn more about the possible specs of the HTC One M9. We end today's show talking about the Apple Stylus, and how Apple plans to sell it.
All this and more after the break.
Subscribe:
About us:
Pocketnow has been a key source of mobile technology news and reviews since its establishment in 2000. With offices on three continents, Pocketnow offers round-the-clock coverage of the mobile technology landscape, from smartphones to tablets to wearables. We aim to be your number-one source for mobile tech news, reviews, comparisons, and commentary. If you love mobile as much as we do, be sure to subscribe!
Follow us: 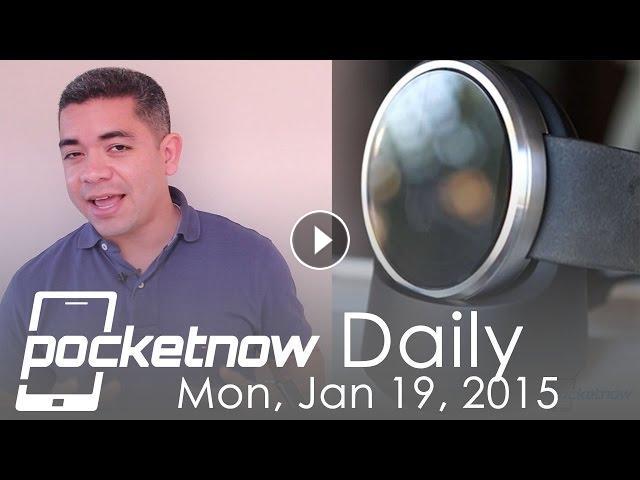