Halo development boss Joseph Staten has commented on the delay of Halo Infinite's campaign co-op feature, saying Halo and co-op are synonymous, so it was "very, very hard" to choose to delay the feature, but it was essential so the team could prioritize other areas and get the game out the door this holiday.

Later in the video, DeVante talks about which free games Xbox players can look forward to playing next month. Starting December 1, Xbox gold members can grab The Escapists 2 and Orcs Must Die, with the latter only being available until December 15. Starting on the 16th, members can grab Tropico 5: Penultimate Edition as well as Insanely Twisted Shadow Planet.

Lastly, in other Xbox-related news, the Series X Mini Fridge is reportedly louder than most would like. Our very own Gabe Gurwin recently set up his fridge and found that it is “easily as loud or louder than the actual Xbox Series X or PS5 when they have discs spinning.”

For more information on all of our topics, please visit gamespot.com. 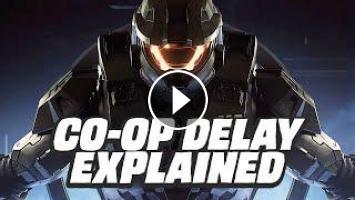