admin
Get more ICYMI and all of the links to today's stories right here:
www.engadget.com/icymi
Today on In Case You Missed It: Everyone who ever wanted to be Indiana Jones or just give up on it all and join an archeological dig will be interested in this: A new project called “Scan Pyramids” will use infrared scanners and cosmic ray detectors to search for new tombs inside pyramids in Egypt, as well as attempt to discover the engineering details of how pyramids were constructed. Fascinating stuff! Plus scientists at the Max Planck Institute want to launch a new design for a fusion reactor. It has a twisted shape unlike the traditional donut design, which its scientists believe is safer than the first version.
Musicians might be interested in the new MIDI controller that can stick onto an existing guitar and hit the pressure-sensitive pads to add in drum beats, pre-recorded samples and slide faders.
Finally, this ping-pong cannon that lets balls reach nearly half the speed of sound is worth a watch, if only for the circles on screen to help you spot where that thing actually went.
If you come across any interesting videos, we’d love to see them. Just tweet us with the #ICYMI hashtag @engadget or @mskerryd.
Read More:
Get More Engadget:
•Subscribe to Engadget on YouTube:
•Like us on Facebook:
•Follow us on Twitter:
•Follow us on Instagram:
•Add us on Snapchat: gadgetsnaps
•Read more:
Technology isn't all about bits and processors. It's the car with no driver, human organs printed in a lab and leisurely flights into space. It's the future and Engadget is here to tell you all about it.
Since 2004, Engadget has covered cutting edge devices and the technology that powers them. We're looking beyond the gadgets themselves to explore how they impact our lives.
Engadget is the definitive guide to this connected life.
Also on Engadget's YouTube Channel:
•“In Case You Missed It” (aka #ICYMI) is a daily clip show designed to dig up the offbeat and interesting stories that get buried by the biggest headlines. We'll bring you space and tech news, as well as internet lifestyle funk, and we'll round out each week's show with a headline blast to bring you the big stories you might have missed.
• “Dear Veronica” is an advice show for the modern era. Every week, Veronica Belmont will tackle questions from the audience on topics ranging from technology to social etiquette (and everything in between). 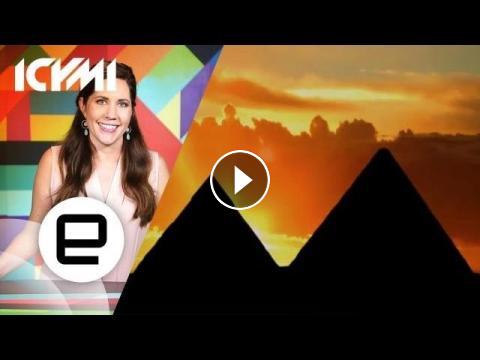 Get more ICYMI and all of the links to today's stories right here:www.engadget.com/icymiToday on In Case You Missed It: Everyone who ever wanted to be...