admin
Stories:
- Refreshed Dell XPS 12 goes official with Intel Core M5 inside, optional 4K display
- Facebook’s adding a “dislike” button (but don’t embrace your inner critic just yet)
- 3D Touch on Android: Synaptics pressure sensitive screens on their way to Android phones
- Apple may start taking iPad Pro, new Apple TV orders before the month’s out
- iPhone 6s reportedly beats Nikon DSLR in video shootout
Watch today's Pocketnow Daily as we talk about the new Dell XPS 12, and how they managed to fit 4K in such a package. Then we discuss the new Facebook idea to bring us other options and not just a dislike button. Synaptics follows as we learn how the company can bring 3D Touch to Android smartphones. Apple is next as we talk about the iPa Pro, new Apple TV, and probable announcement dates. We end today's show talking about the iPhone 6s as it competed against a Nikon DSLR to test 4K video quality.
All this and more after the break.
Subscribe:
About us:
Pocketnow has been a key source of mobile technology news and reviews since its establishment in 2000. With offices on three continents, Pocketnow offers round-the-clock coverage of the mobile technology landscape, from smartphones to tablets to wearables. We aim to be your number-one source for mobile tech news, reviews, comparisons, and commentary. If you love mobile as much as we do, be sure to subscribe!
Follow us: 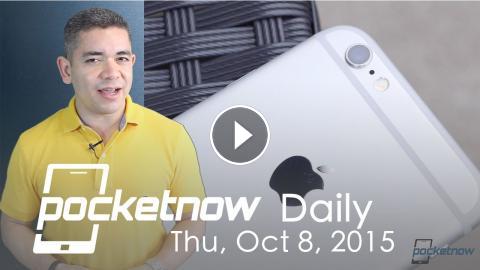