admin
Stories:
- Xiaomi’s first US product is the Android TV-powered, 4K-capable $69 Mi Box
- T-Mobile follows Verizon and Sprint’s suit in resuming Samsung Galaxy Note 7 sales
- Independent consumer body ranks iPhone 7 well behind Android rivals in battery life tests
- Apple Watch sales could take surprising year-on-year hit overall in 2016
- Another Apple patent, another step to a Home Button-less iPhone 8
Watch today's Pocketnow Daily as we talk about the launch of the first Xiaomi product in the US, the Xia Mi Box. Then we talk about T-Mobile's re-launch of the Galaxy Note 7 for new customers. The iPhone 7 follows, in addition to other smartphones, as we learn how bad battery can get with certain devices. The Apple Watch follows as it seems that the new Series 2 will not be able to sell more than the the old device did last year. We end today's show talking about how the iPhone 8 patents will bring Touch ID to the whole smartphone display, or most of it.
All this and more after the break.
Subscribe:
About us:
Pocketnow has been a key source of mobile technology news and reviews since its establishment in 2000. With offices on three continents, Pocketnow offers round-the-clock coverage of the mobile technology landscape, from smartphones to tablets to wearables. We aim to be your number-one source for mobile tech news, reviews, comparisons, and commentary. If you love mobile as much as we do, be sure to subscribe!
Follow us: 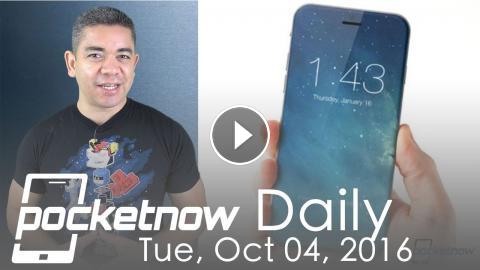