admin
A Q&A about On the Basis of Sex, with actor Justin Theroux, Director Mimi Leder, and Screenwriter Daniel Stiepleman (RBG’s real-life nephew).
More info found at .
Moderated by Rachael Janowski.
About the movie:
On the Basis of Sex is inspired by the true story of a young Ruth Bader Ginsburg – then a struggling attorney and new mother – who faces adversity and numerous obstacles in her fight for equal rights throughout her career.
When Ruth takes on a groundbreaking tax case with her husband, attorney Martin Ginsburg, she knows it could change the direction of her career and the way the courts view gender discrimination. The film also chronicles the storybook-like romance between Ruth and Marty, a partnership that succeeded both personally and professionally.
Participant Media’s On the Basis of Sex is directed by Mimi Leder (The Leftovers, Deep Impact) from an original screenplay by Daniel Stiepleman.
On the Basis of Sex stars Felicity Jones (The Theory of Everything, Rogue One: A Star Wars Story) as Ruth Bader Ginsburg, and Armie Hammer (Call Me by Your Name, The Social Network) as Marty Ginsburg, Ruth’s husband and legal partner. Rounding out the cast are Justin Theroux (The Girl on the Train, The Leftovers), Jack Reynor (Detroit), Cailee Spaeny (Bad Times at the El Royale, Pacific Rim: Uprising), Stephen Root (Get Out, All the Way), with Sam Waterston (Law & Order) and Oscar®-winner Kathy Bates (Misery).
#RuthBaderGinsberg #OnTheBasisOfSex #NotoriousRBG 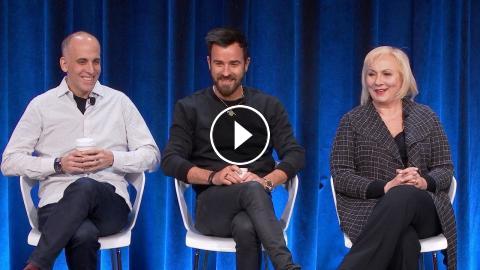