admin
Stories:
- Android rises to record 88 percent Q3 smartphone sales share, as Windows ‘all but disappears’
- Evan Blass posts thing we’re vaguely relating to the Surface Phone [UPDATE]
- This is the season Nokia will “rise again” with smartphones, tablets
- Samsung seemingly starts accepting Nougat beta registrations for UK Galaxy S7 Edge
- Your Samsung Galaxy Note 7 will soon lose all carrier support… in New Zealand
Watch today's Pocketnow Daily as we talk about how Android continues to rise in market share, even if not affecting Apple. Evan Blass then teases a Microsoft Surface phone that never was, or that maybe could still be. Nokia follows as we learn that there are plans for an Android phone soon. Samsung follows, this time with a Nougat beta that's limited to certain regions. We end today's show talking about the desperate measures that Samsung is applying for the Galaxy Note 7 to be exchanged.
All this and more after the break.
Subscribe:
About us:
Pocketnow has been a key source of mobile technology news and reviews since its establishment in 2000. With offices on three continents, Pocketnow offers round-the-clock coverage of the mobile technology landscape, from smartphones to tablets to wearables. We aim to be your number-one source for mobile tech news, reviews, comparisons, and commentary. If you love mobile as much as we do, be sure to subscribe!
Follow us: 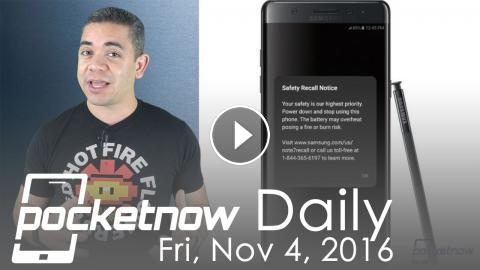