admin
Watch today's Pocketnow Daily as we talk about the rumors that Samsung is already set to bring the on-display fingerprint scanner to the Galaxy Note 9 after some patent leaks. Then we talk about the rumors that the iPhone X 2018 will finally include a fast charger in the box. Then we talk about the OnePlus 6 Avengers Edition that just got leaked, at least in its box. Then we hear that AT&T might take a pass on the LG G7 ThinQ, but in favor of another LG phone coming soon. We end today's show talking about the deals you can find on BestBuy for the Razer Phone.
All this and more after the break.
Stories:
- Razer Phone heads to Best Buy at $100 off
- Sprint, US Cellular and Verizon reveal LG G7 ThinQ release dates, still no word on pricing
- OnePlus 6 Avengers Edition box cover stays on for this leak
Subscribe:
Graphics provided by: Motionvfx.com
About us:
Pocketnow has been a key source of mobile technology news and reviews since its establishment in 2000. With offices on three continents, Pocketnow offers round-the-clock coverage of the mobile technology landscape, from smartphones to tablets to wearables. We aim to be your number-one source for mobile tech news, reviews, comparisons, and commentary. If you love mobile as much as we do, be sure to subscribe!
Follow us: 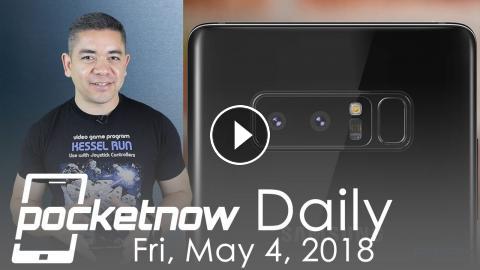 Watch today's Pocketnow Daily as we talk about the rumors that Samsung is already set to bring the on-display fingerprint scanner to the Galaxy Note 9...