admin
The smartphone world was rather unimpressed with Samsung’s Galaxy S5 released last year, and it showed in the declining sales numbers. While other manufacturers like Apple, HTC have been releasing phones with more premium metal and glass designs, Samsung has stuck with the same old plastic design, and they’ve been paying for it. But they plan to come back swinging this time around with the release of the Galaxy S6 - which is rumored to be debuting with a metal frame, and potentially even a glass back, depending on which sources you want to believe. Additionally, the phone is rumored to have a 1440x2560 QHD resolution screen, a 20 MP camera, 3,000 mAh battery, and a 64-bit processor manufactured by samsung. Another big complaint about Samsung phones has historically been TouchWiz, samsung’s extra layer on top of Android that has been blamed for making things sluggish, coming with unnecessary software, and, well, just looking not that great. But apparently they are giving TouchWiz a serious facelift, and making efforts to both slim it down and make it prettier. So let’s assume for a minute that this is the S6 that we’re going to see unveiled at the beginning of March - more premium materials, some noticeable bumps in specs, and a cleaner OS. Do you guys think that will be enough for Samsung to reclaim dominance in not only the Android world, but the whole smartphone arena? We’re curious to hear your thoughts, so leave them below and we’ll let you guys know more when we do. 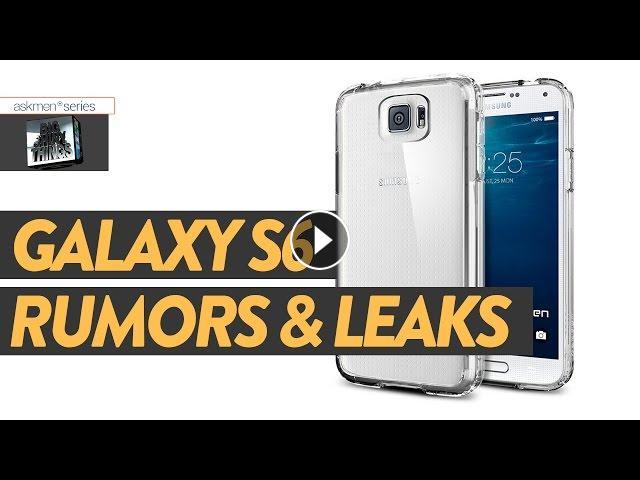 The smartphone world was rather unimpressed with Samsung’s Galaxy S5 released last year, and it showed in the declining sales numbers. While other man...