Xbox Series X Will Improve Your Old Games! | Save State

ava
Persia talks about Xbox Series X and its backwards compatibility techniques to make old Xbox games look better. These techniques will also double frame rates and provide HDR support to game that didn't have them before. All backwards compatible games will also have Quick Resume support which will allow you to navigate between multiple xbox games and generations with ease.

Mortal Kombat creator, Ed Boon, appeared in a livestream recently to discuss PS5 and Xbox Series X. Persia goes over Boon's favorite feature for next-gen which is the slim-to-none loading times. Of course, great graphics are expected but Boon says load times are an underrated and door-opening part of next-gen gaming.

Persia gives the PSA to Division 2 players as in-game audio files reveal spoilers for the Warlords of New York DLC. The in-game files are on the public test server and if you want to avoid having the story and future manhunt targets spoiled, steer clear of these audio leaks.

E3 might not be happening this year but we've got you covered. This summer GameSpot is going to be hosting Play For All, a multi-week event that is going to be the best place for you to get all the latest gaming news, features, interviews, and live streams.

Not only that, but we're also partnering with Direct Relief to raise funds for healthcare workers risking their lives daily on COVID-19 relief efforts. We'll have over 100 hours of awesome content that will feature the GameSpot team, as well as friends from across the industry including the Giant Bomb crew, Kinda Funny's Greg Miller, NoClips Danny O'Dwyer, and many more we'll be announcing over the coming weeks.

This is your Save State for Thursday, May 28th.

Xbox Series X Will Improve Your Old Games! | Save State 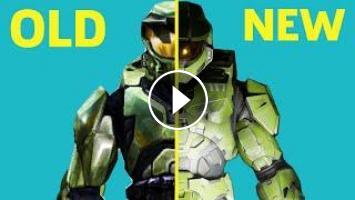