10 Of The Most Bizarre Animal Species Discovered In 2015

Researchers identified a wealth of new animals over the past dozen months, and some of them are rather strange.
Here are 10 bizarre species discovered in 2015:
Number 10. An Anglerfish. The swimmers aren’t generally known for their good looks, and this one is no exception. Researchers found three of them thousands of feet below the surface of the Gulf of Mexico. Unique attributes include the particularly oddly shaped, prey-luring appendage jutting out of its head.
Number 9. Scale-less Blackfish. That’s not the only creepy thing about it. The deep-water inhabitants also have heads and teeth that are menacingly large in comparison to their slimy-looking little bodies. Researchers found the specimen while investigating a newly discovered, 50-million-year-old volcanic area located off the coast of Australia.
Number 8. Ruby Seadragon. A reexamination of an existing specimen revealed this deep red sea dweller was a new variety of the creature. That made it the third known species in the bunch. All are like seahorses, but have the added bonus of leafy appendages that help them stay hidden from predators.
Number 7. Prehistoric Scottish Water Reptile. Though a 14-15 foot reptile living in the waters of Scotland sounds familiar, researchers say this one is not related in any way to the Loch Ness Monster. The ancient beast is entirely in a unique class, being the first gigantic, ace predator found to favor the region’s seas.
Number 6. Mutable Rainfrog. As far as natural defense mechanisms go, this amphibian has a really cool one. The frog can switch up skin textures to better blend in with the surrounding landscape. Nonetheless, researchers were able to spot one hanging out in the Ecuadorian cloud forest.
Number 5. Masked Peacock Spider. Small in size, and more than a little adorable, the males among these fuzzy arachnids use their attention-getting bright blue masks to lure in the ladies. They were discovered along the Western Australian coast.
Number 4. Four-Legged Snake. Well, probably a snake. The roughly 120 million–year-old reptile is so odd, researchers aren’t quite sure. While the existence of 4 appendages is clear, they are incredibly small and what possible use they could have been remains unknown.
Number 3. Cherax Pulcher. The researcher who determined it to be a new species first spotted specimens in a photo and later in pet stores, but figuring out where they originated took a lot of research. Turns out the pink and blue lovelies hail from West Papua’s Hoa Creek.
Number 2. Chicken From Hell. The up to 10-foot long, 5-foot tall feathered dinosaur has been extinct for some time, so there is thankfully no threat of running into a live one. When they did roam the land, they did so in North America and spent a good deal of time laying eggs and sitting on nests until the hatchlings emerged.
Number 1. New Glass Frog. In addition to bearing a striking resemblance to Kermit, the Costa Rican amphibian is notable for having a transparent stomach. That helped researchers ...

10 Of The Most Bizarre Animal Species Discovered In 2015 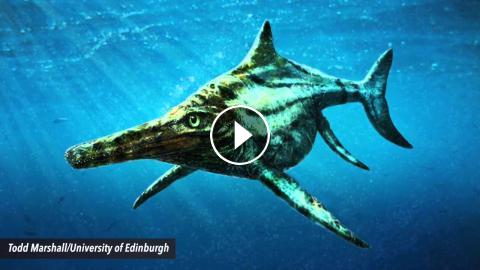 Here are 10 bizarre animal species discovered in 2015. Researchers identified a wealth of new animals over the past dozen months, and some of them are...