Added 5 years ago by admin
242 Views
Pre-order ‘We Are All We Need’ on Google Play:
Watch Above & Beyond’s set from Madison Square Garden on YouTube:
In the U.K., they’ve sold out London’s Alexandra Palace. In the U.S., they’ve sold out Madison Square Garden and The Hollywood Palladium, the latter more quickly than any act in history. Their radio show, recently renamed Group Therapy, has broadcast over 500 episodes since 2004 and reaches 30 million listeners in 35 countries – every week. They have released three studio albums, two remix albums, one side-project album. Their own labels, Anjunabeats and
Anjunadeep, are among the most respected imprints in the global dance music scene and have released some twenty-three ABOVE & BEYOND albums and compilations in the last twelve years. There have been dozens (and dozens) of singles and mix albums and offshoot projects, all snapped up by a devoted worldwide fanbase that has happily, passionately followed this London-based electronic trio since their formation in 2000. As artists they have sold a million records.
Moderated by Catherine Armato 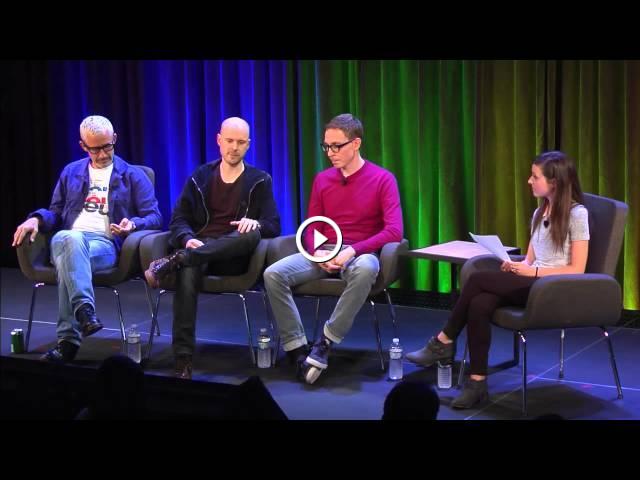 Pre-order ‘We Are All We Need’ on Google Play: Watch Above & Beyond’s set from Madison Square Garden on YouTube: In the U.K., they’ve sold out London’...