admin
Stories:
- LG’s got a hot G4 leather back deal for new owners in the US
- Moto X 2015 fingerprint scanner hinted by leaked images
- ZTE smartphone with 4K display reportedly close
- Windows and Windows Phone Facebook integration gets killed
- Further Apple Music details arrive: catalog limitations, offline mode, free access
Watch today's Pocketnow Daily as we talk about the new deals for the LG G4. Then we talk about some new leaks that point to a fingerprint scanner on the Moto X 2015. We then talk about ZTE as the company is reportedly working on giving us a 4K display smartphone. Microsoft follows as the company has just lost Facebook integration to its services. We end today's show talking about what limitations you face with Apple Music.
All this and more after the break
Subscribe:
About us:
Pocketnow has been a key source of mobile technology news and reviews since its establishment in 2000. With offices on three continents, Pocketnow offers round-the-clock coverage of the mobile technology landscape, from smartphones to tablets to wearables. We aim to be your number-one source for mobile tech news, reviews, comparisons, and commentary. If you love mobile as much as we do, be sure to subscribe!
Follow us: 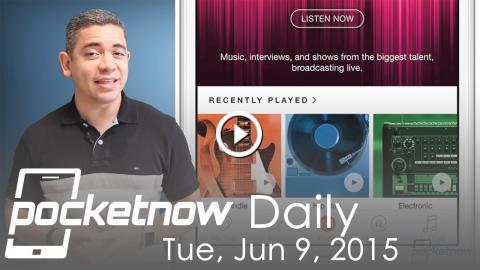 Stories:- LG’s got a hot G4 leather back deal for new owners in the US - Moto X 2015 fingerprint scanner hinted by leaked images - ZTE smartphone with...