admin
Stories:
- Motorola announces Valentine’s Day deals, with up to $140 in savings
- Sony’s smartphone division could be seeing massive layoffs
- All new HTC One M9 leaked render could be the real deal
- Apple starts updating devices to iOS 8.1.3
- Apple has sold one billion iOS devices
- Apple reveals when Watch will finally ship
Watch today's Pocketnow Daily as we talk about Motorola's Valentine Day sales, and why they all matter. Sony follows as we learn more about the company's re-invention plans, and they're not good. HTC then takes the stage as we find more leaks of the HTC One M9. Apple then takes the stage as we learn about iOS 8.1.3, in addition to its record breaking iOS sales. We end today's show talking about the Apple Watch, and when we should expect it.
All this and more after the break.
Subscribe:
About us:
Pocketnow has been a key source of mobile technology news and reviews since its establishment in 2000. With offices on three continents, Pocketnow offers round-the-clock coverage of the mobile technology landscape, from smartphones to tablets to wearables. We aim to be your number-one source for mobile tech news, reviews, comparisons, and commentary. If you love mobile as much as we do, be sure to subscribe!
Follow us: 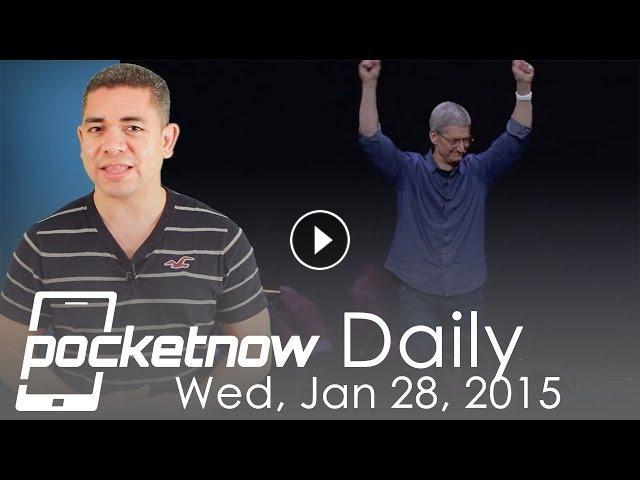 Stories:- Motorola announces Valentine’s Day deals, with up to $140 in savings - Sony’s smartphone division could be seeing massive layoffs - All new ...