admin
Stories:
- HTC’s sales plummet again; worst April results in 6 years
- OPPO R7 full metal unibody build confirmed
- OPPO R7 specs get detailed, fingerprint scanner not included
- Massive leak uncovers the LG Lancet, long-rumored Windows Phone for Verizon
- “Made for Apple Watch” program goes official for third parties
- Apple reportedly influencing music labels against Spotify and YouTube model
Watch today's Pocketnow Daily as we talk HTC's drop in sales for the month of April. Then we talk about the teasers of the Oppo R7, as we've got some mixed feelings on its specs. LG is next as we get credible leaks of the LG Lancet, and the news aren't positive. Then we talk about the new "Made for Apple Watch" policies, and how these will benefit and slow third party developers. We end today's show talking about Apple's silent approach to convince music labels to end the Spotify freemium model.
All this and more after the break.
Subscribe:
About us:
Pocketnow has been a key source of mobile technology news and reviews since its establishment in 2000. With offices on three continents, Pocketnow offers round-the-clock coverage of the mobile technology landscape, from smartphones to tablets to wearables. We aim to be your number-one source for mobile tech news, reviews, comparisons, and commentary. If you love mobile as much as we do, be sure to subscribe!
Follow us: 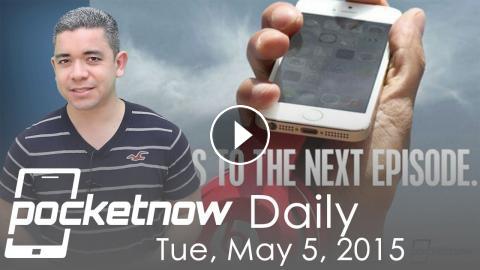