admin
Stories:
- Corning launches Gorilla Glass 4 with enhanced drop protection
- Nexus 6 on-contract pricing already coming down – but is it enough?
- LTE-enabled Nexus 9 gets an ETA
- Second-gen Moto 360 teased for early 2015?
- Apple Watch sales estimates starting to reach consensus: 30M in 2015
Watch today's Pocketnow Daily as we talk about Gorilla Glass 4, and what's changed in the new technology. Google follows as carriers have considered a better price for the Nexus 6. Then we talk about the Google Nexus 9 as new reports tell us when the LTE model will be ready. We then talk Lenovo and the Moto 360 as new reports claim that we'll see the next version very soon. We end today's show talking about the Apple Watch and the crazy amount of devices that are projected to be sold.
All this and more after the break.
Subscribe:
About us:
Pocketnow has been a key source of mobile technology news and reviews since its establishment in 2000. With offices on three continents, Pocketnow offers round-the-clock coverage of the mobile technology landscape, from smartphones to tablets to wearables. We aim to be your number-one source for mobile tech news, reviews, comparisons, and commentary. If you love mobile as much as we do, be sure to subscribe!
Follow us: 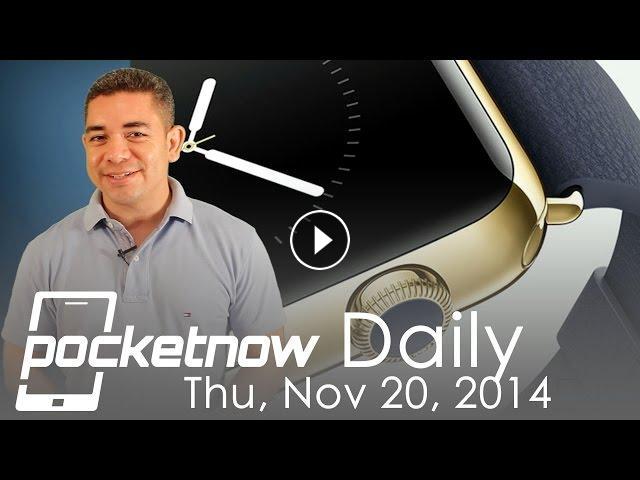