admin
Stories:
- LG and HTC promote their flagships with new freebies
- Microsoft introduces new Surface Pro 3 hardware option
- YouTube for iOS and Android now supports higher frame rate playback
- iPhone 6s to double LTE speeds and be more power efficient
- Some Apple Music subscribers will be paying (a lot) less than you
Watch today's Pocketnow Daily as we talk about some LG and HTC deals to gain more mind share for their respective flagships. Microsoft is next as we see the company push more variants of the Surface Pro 3. Then we talk about YouTube and its new 60fps service for mobile. We follow with the iPhone 6s rumors, as we now hear that it'll get LTE Cat 6. We end today's show talking about Apple Music and the difference prices around the world.
All this and more after the break.
Subscribe:
About us:
Pocketnow has been a key source of mobile technology news and reviews since its establishment in 2000. With offices on three continents, Pocketnow offers round-the-clock coverage of the mobile technology landscape, from smartphones to tablets to wearables. We aim to be your number-one source for mobile tech news, reviews, comparisons, and commentary. If you love mobile as much as we do, be sure to subscribe!
Follow us: 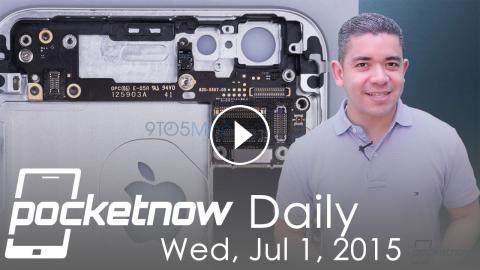