admin
Stories:
- Microsoft schedules January Windows 10 event
- Big cross-platform Microsoft MSN app push targets Android, iOS
- Google Play Store policies drive Amazon to pull app
- LTE Nexus 9 finally lands, with T-Mobile starting sales
- Nexus 5 production stops; what does this means for the end of sales?
Watch today's Pocketnow Daily as we talk about Microsoft's Windows 10 event for early next year. Microsoft then continues as we learn more about the launch of its MSN services. Amazon follows as the company has been forced to drop funcitonality on its Amazon app as a Google request. We then learn about the launch of the Google Nexus 9 on T-Mobile. We end today's show talking about the end of the Google Nexus 5.
All this and more after the break.
Subscribe:
About us:
Pocketnow has been a key source of mobile technology news and reviews since its establishment in 2000. With offices on three continents, Pocketnow offers round-the-clock coverage of the mobile technology landscape, from smartphones to tablets to wearables. We aim to be your number-one source for mobile tech news, reviews, comparisons, and commentary. If you love mobile as much as we do, be sure to subscribe!
Follow us: 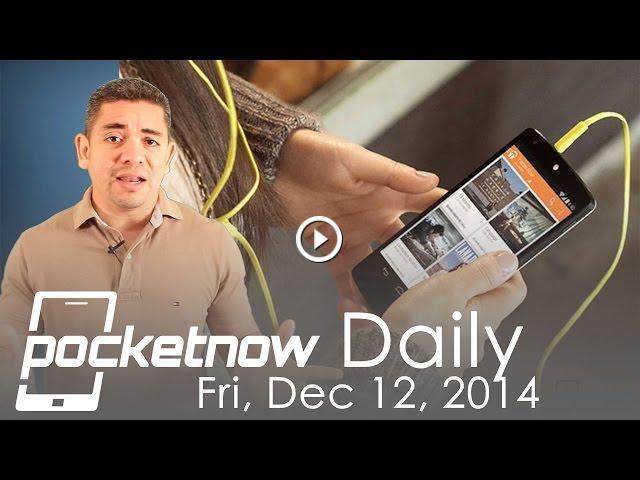