admin
Stories:
- China may surpass the US as Apple’s biggest iPhone market after preorders
- Apple just (accidentally) outed the iPad Air 2 and iPad mini 3
- Google formally dubs Android 5.0 “Lollipop”
- Google unveils HTC Nexus 9, an 8.9-inch Android powerhouse
- Motorola Nexus 6 goes official, the newest stock Android Google phone
Watch today's Pocketnow Daily as we talk about China's reaction to Apple's launch, as the company has set new records in sales in just a few days. Then we talk about iPads as we get some accidental leaks of what to expect in Apple's event tomorrow. Then it's all about Google, first with Android 5.0 Lollipop, which just got announced. Then we talk about the Google Nexus 9 made by HTC and all its hotness. We end today's show talking about the Google Nexus 6 made by Motorola, and how things have changed dramatically for Google's Nexus lineup.
All this and more after the break.
Subscribe:
About us:
Pocketnow has been a key source of mobile technology news and reviews since its establishment in 2000. With offices on three continents, Pocketnow offers round-the-clock coverage of the mobile technology landscape, from smartphones to tablets to wearables. We aim to be your number-one source for mobile tech news, reviews, comparisons, and commentary. If you love mobile as much as we do, be sure to subscribe!
Follow us: 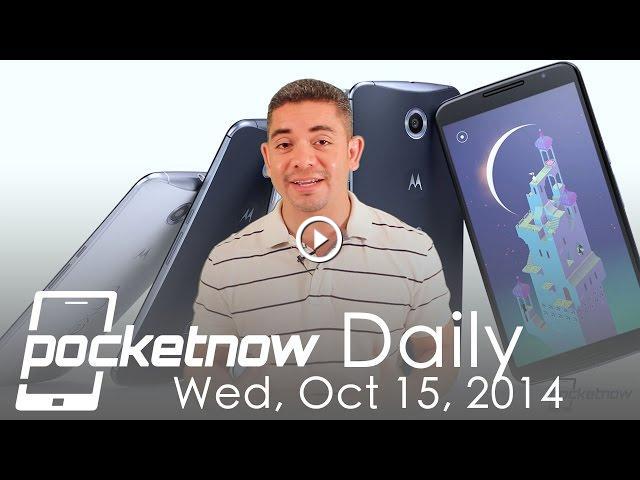 Stories:- China may surpass the US as Apple’s biggest iPhone market after preorders - Apple just (accidentally) outed the iPad Air 2 and iPad mini 3 -...