admin
Stories:
- Windows Phones to double in the next 4 years, says analyst
- Samsung planning curved-screen Galaxy S6 Edge to launch alongside GS6?
- Android 5.0 Lollipop running on Galaxy Note 4 leaked
- 12.2-inch Apple iPad Air Pro size compared to other Apple products
- iPhone 6 claimed to copy a Chinese smartphone design
Watch today's Pocketnow Daily as we talk about how Windows Phone's growth over the next couple of years won't be significant. Then we talk about Samsung and how we might see a Galaxy S6 Edge in the near future. Then we talk about the Galaxy Note 4 and how Android 5.0 Lollipop was spotted running on one recently. Apple follows as we learn just how big that iPad Pro is going to be. We end today's show talking about how a Chinese OEM claims that the iPhone 6 is a rip-off of its design.
All this and more after the break.
Subscribe:
About us:
Pocketnow has been a key source of mobile technology news and reviews since its establishment in 2000. With offices on three continents, Pocketnow offers round-the-clock coverage of the mobile technology landscape, from smartphones to tablets to wearables. We aim to be your number-one source for mobile tech news, reviews, comparisons, and commentary. If you love mobile as much as we do, be sure to subscribe!
Follow us: 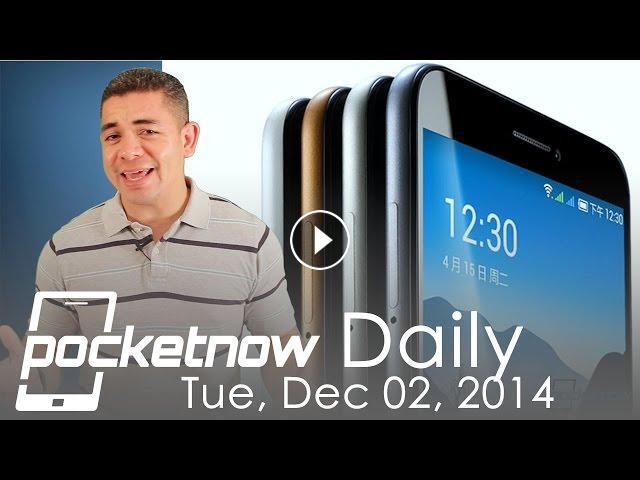