Watch today's Pocketnow Daily as we talk about Samsung's sceduled event to hopefully launch the Galaxy Note 4 at IFA in Berlin. Then we talk about LG and the company's interesting way to fix the corrosion issues on the G Watch. Apple follows with its launch of iOS 8 beta 5 for developers. Then more Apple rumors emerge with the possible design changes of its iPad lineup. We end today's show talking about the Samsung Galaxy Alpha, and how its design resembles a close competitor. 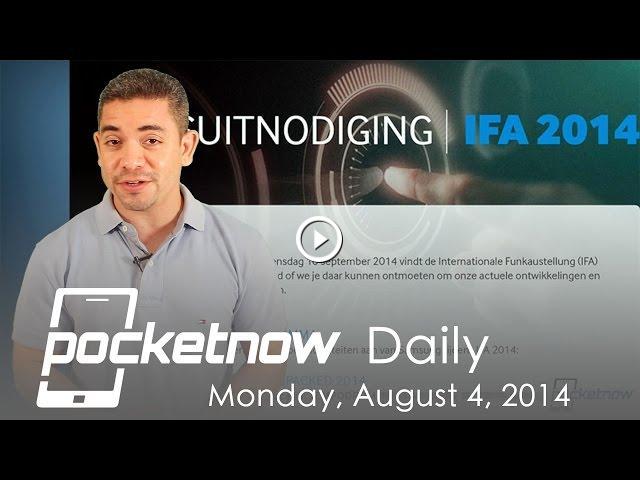