admin
Stories:
- Buy one LG G5, get one free, now from Verizon
- FTC and FCC launch probe of mobile manufacturers and carriers’ security update practices
- Blass specs out two Moto X 2016 phones with more evidence they’re Project Tango fruits
- Samsung Galaxy S7 Active specs revealed to include 5.5-inch Quad HD screen
- Dummy iPhone 7 brings on less antenna line, more flat camera
Watch today's Pocketnow Daily as we talk about the new LG G5 deals that just reached Verizon. Then we talk about some of the new concerns that have gotten the FCC to question US carriers and OEMs about software updates. Even Blass takes the stage next with some of his leaks behind the next Moto X. Then we talk about the Samsung Galaxy S7 Active, and how its specs might match a current variant. We end today's show talking about the dummy iPhone 7 leaks that just emerged.
All this and more after the break.
Subscribe:
About us:
Pocketnow has been a key source of mobile technology news and reviews since its establishment in 2000. With offices on three continents, Pocketnow offers round-the-clock coverage of the mobile technology landscape, from smartphones to tablets to wearables. We aim to be your number-one source for mobile tech news, reviews, comparisons, and commentary. If you love mobile as much as we do, be sure to subscribe!
Follow us: 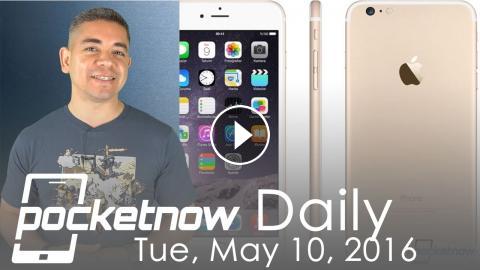 Stories:- Buy one LG G5, get one free, now from Verizon - FTC and FCC launch probe of mobile manufacturers and carriers’ security update practices - B...