admin
Stories:
- Google acknowledges carrier delays for Nexus and GPe device updates
- GPe Sony Xperia Z Ultra Lollipop update official
- Android 5.0.1 OTA downloads: update your Nexus tablet now
- Motorola lays groundwork for upcoming Moto G Lollipop update
- Motorola six-inch Droid phablet could one-up the Nexus 6
- Samsung’s thinnest phone ever is on the horizon
- SwiftKey is powerful enough to even help Stephen Hawking communicate
Watch today's Pocketnow Daily as we talk about the progress of Android 5.0 Lollipop, the launch of Android 5.0.1 and where the rest of the devices stand. Then we talk about Motorola and how the 2013 Moto G is getting Lollipop. Motorola follows as we get new reports of a Droid phablet in the works. Samsung follows as we learn about the company's new Galaxy A7 and how thin it is. We end today's show talking about how SwiftKey has enabled Stephen Hawking to communicate.
All this and more after the break.
Subscribe:
About us:
Pocketnow has been a key source of mobile technology news and reviews since its establishment in 2000. With offices on three continents, Pocketnow offers round-the-clock coverage of the mobile technology landscape, from smartphones to tablets to wearables. We aim to be your number-one source for mobile tech news, reviews, comparisons, and commentary. If you love mobile as much as we do, be sure to subscribe!
Follow us: 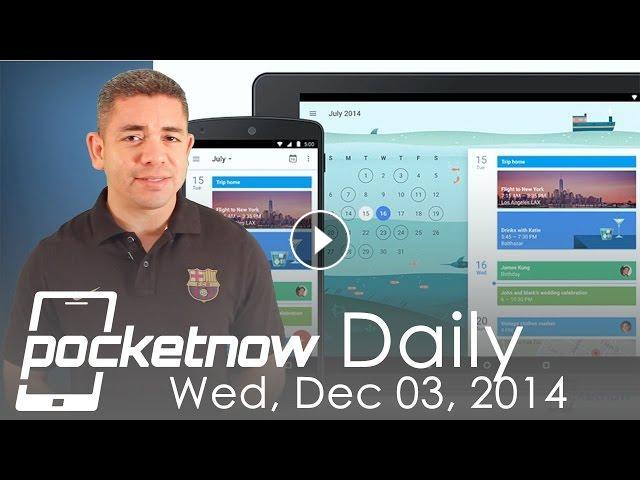