admin
Stories:
- Microsoft fully previews ’12 Days of Deals’ on Surface Pro 4, VR headsets, and more
- Study finds 99 percent of counterfeit Apple chargers bought online fail ‘basic’ safety tests
- Spotify may turn profit in 2017, strike an IPO
- Lenovo sees lack of “pull in the market” for new Moto 360
- No dual rear camera for Samsung Galaxy S8 after all, Weibo tipster foretells
Watch today's Pocketnow Daily as we talk about Microsoft's deals for the next 12 days on devices like the Surface lineup. Then we talkk about the recent discovery in all the Apple counterfeit chargers in the market. Spotify follows as we learn that the company's road to profitability might include major changes. Lenovo is next, this time as we hear of the company's future plans with the Moto 360. We end today's show talking about the Samsung Galaxy S8 and how dual cameras might not make it.
All this and more after the break.
Subscribe:
About us:
Pocketnow has been a key source of mobile technology news and reviews since its establishment in 2000. With offices on three continents, Pocketnow offers round-the-clock coverage of the mobile technology landscape, from smartphones to tablets to wearables. We aim to be your number-one source for mobile tech news, reviews, comparisons, and commentary. If you love mobile as much as we do, be sure to subscribe!
Follow us: 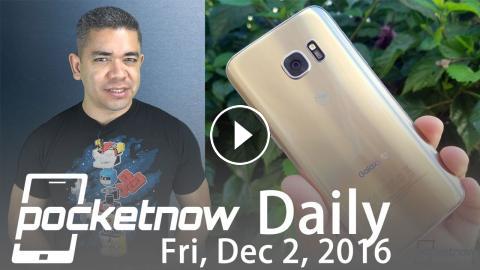