admin
Stories:
- US pricing for Samsung Gear S2 Classic Rose Gold and Platinum editions finally revealed
- Joe Belfiore ‘caught’ tweeting from an iPhone again, but it’s not what you think
- Latest LG G5 rumors return to idea of Magic Slot accessory expansion
- Apple may finally be ready to go dual-camera with the iPhone 7 Plus
- Two, not three or four Samsung Galaxy S7 versions expected out in March after all
Watch today's Pocketnow Daily as we talk about the US listing of the Samsung Gear S2, and how much will the new variants cost. Microsoft follows as the company's Joe Belfiore was recently caught using an iPhone. The LG G5 is next as we hear more about the company's Magic Slot for expansion. Apple is next as the iPhone 7 might get dual camera treatment. We end today's show talking about the Samsung Galaxy S7, and the four variants we can expect.
All this and more after the break.
Subscribe:
About us:
Pocketnow has been a key source of mobile technology news and reviews since its establishment in 2000. With offices on three continents, Pocketnow offers round-the-clock coverage of the mobile technology landscape, from smartphones to tablets to wearables. We aim to be your number-one source for mobile tech news, reviews, comparisons, and commentary. If you love mobile as much as we do, be sure to subscribe!
Follow us: 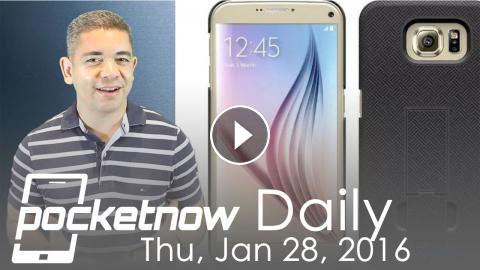