admin
Stories:
- Motorola offers solid discounts on Moto X Pure Edition + Moto 360 bundles
- Nextbit Robin to ship February 16 to first Kickstarter backers
- Huawei Mate 8 reportedly reaches 1 million Chinese sales in under a month
- First foldable Samsung smartphones now tipped for H2 2016 ‘introduction’
- A dual-camera iPhone 7? There’s an Apple patent for that
Watch today's Pocketnow Daily as we discuss Motorola's recent deals on both the Moto X and Moto 360. Nextbit is next as the company is sending good news to early backers of the Robin. Huawei follows with the Mate 8, as we get news on how many devices have sold as of yet. Samsung follows, this time because we're tipped on when to expect the first foldable devices this year. We end today's show talking about the iPhone 7 and a possible dual-camera module.
All this and more after the break.
Subscribe:
About us:
Pocketnow has been a key source of mobile technology news and reviews since its establishment in 2000. With offices on three continents, Pocketnow offers round-the-clock coverage of the mobile technology landscape, from smartphones to tablets to wearables. We aim to be your number-one source for mobile tech news, reviews, comparisons, and commentary. If you love mobile as much as we do, be sure to subscribe!
Follow us: 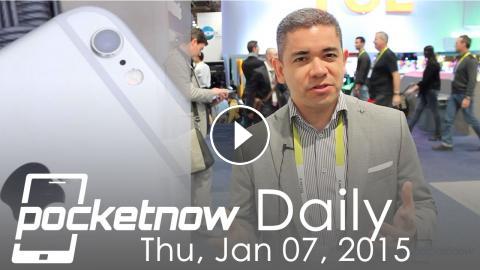