admin
Stories:
- Nexus 9’s third color option finally becomes available
- Motorola Lollipop update prepared for all 2013 and 2014 phones; coming “really soon”
- Samsung MWC rumors focus on dual versions of Galaxy S6, new smartwatch
- Samsung Galaxy S 6 TouchWiz could be as light as the UI on Google’s Nexus 6
- Camera upgrades, pressure sensitivity rumored for Apple iPhone 6s plans
Watch today's Pocketnow Daily as we talk about the launch of the golden Nexus 9, the variant that was still missing. Motorola follows as we learn of the company's plans to launch Lollipop. Samsung then takes the stage as we learn about the Galaxy S6 variants, in addition to the possible launch of another smartwatch. Then we talk about TouchWiz, and how Samsung plans to launch it in the future. We end today's show talking about the possible camera enhancements coming to the iPhone 6s, in addition to display enhancements.
All this and more after the break.
Subscribe:
About us:
Pocketnow has been a key source of mobile technology news and reviews since its establishment in 2000. With offices on three continents, Pocketnow offers round-the-clock coverage of the mobile technology landscape, from smartphones to tablets to wearables. We aim to be your number-one source for mobile tech news, reviews, comparisons, and commentary. If you love mobile as much as we do, be sure to subscribe!
Follow us: 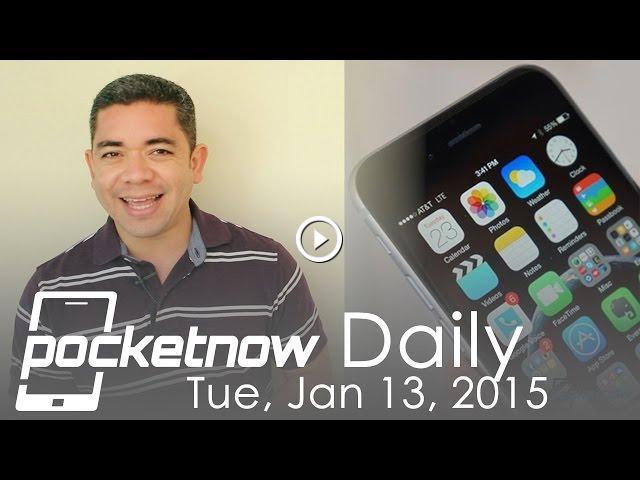