admin
Stories:
- Google Maps update helps you search for nearby places on your route
- Polar A360 rolls out on wearable stage with color touchscreen, heart rate monitor
- Samsung Galaxy S7 could feature its new and thinner 20 megapixel camera sensor
- New Apple TV confirmed to ship this month, Apple Music has 6.5M paying customers
- iPhone 7 may include sapphire, better battery life and kill the home button
Watch today's Pocketnow Daily as we talk about Google Maps and its new update to navigation that's quite useful. Then we discuss Polar and the company's new A360 wearable. Samsung follows as we learn that the Galaxy S7 might bring a very unique camera. Apple is next as we discuss the company's Apple Music subscriptions in addition to timing on the new Apple TV. We end today's show talking about the iPhone 7, sapphire, better battery life and even a nifty new home button.
All this and more after the break.
Subscribe:
About us:
Pocketnow has been a key source of mobile technology news and reviews since its establishment in 2000. With offices on three continents, Pocketnow offers round-the-clock coverage of the mobile technology landscape, from smartphones to tablets to wearables. We aim to be your number-one source for mobile tech news, reviews, comparisons, and commentary. If you love mobile as much as we do, be sure to subscribe!
Follow us: 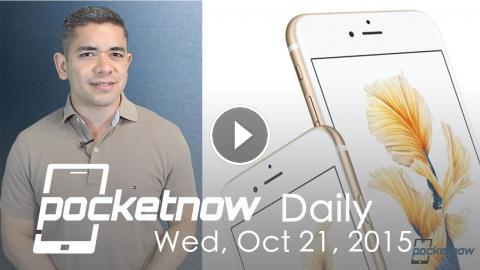 Stories:- Google Maps update helps you search for nearby places on your route - Polar A360 rolls out on wearable stage with color touchscreen, heart r...