admin
Stories:
- Apple sets the date for WWDC 2015
- Apple seeds iOS 8.4 beta to devs, revamps the Music app completely
- Sony Xperia Z5 rumors pop up while we still wait for the Xperia Z4
- Sony Xperia Z4 leaks could actually be representing Z3 Neo
- Huawei rumored to be recruiting Samsung talent
- HTC and Microsoft reportedly working on a Windows 10 device
Watch today's Pocketnow Daily as we talk about Apple's set date for WWDC 2015. Then we continue talking about Apple, though this time about iOS 8.4, as we see a complete revamp to the music player. Sony is up next as we talk about a possible Xperia Z3 Neo and an Xperia Z5. Then we talk about Huawei, and the company trying to hire employees from Samsung. We end today's show talking about HTC's partnership with Microsoft for a new Windows Phone.
All this and more after the break.
Subscribe:
About us:
Pocketnow has been a key source of mobile technology news and reviews since its establishment in 2000. With offices on three continents, Pocketnow offers round-the-clock coverage of the mobile technology landscape, from smartphones to tablets to wearables. We aim to be your number-one source for mobile tech news, reviews, comparisons, and commentary. If you love mobile as much as we do, be sure to subscribe!
Follow us: 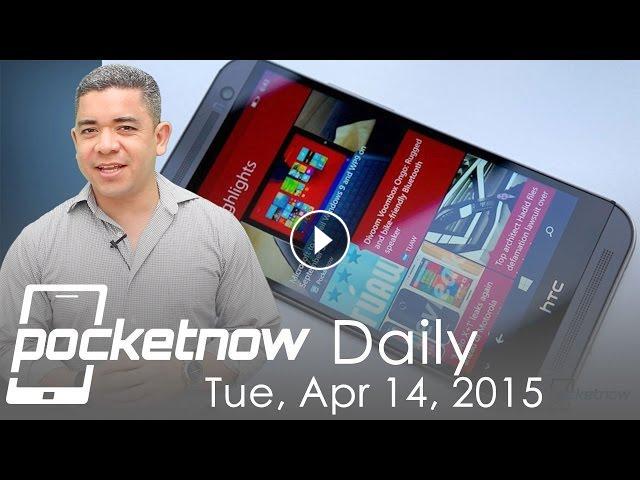