ava
"Never before have so many people understood so little about so much" (James Burke, Connections)

A vision of the contemporary technological philosophy.
As soon as the light of life is turned on we're pushed into an artificial world of cities, crowds, skyscrapers, lights, cars, traffic, shopping, screens, touch devices, virtual and augmented reality, digital information.
The rhythm is fast, very fast.

My friend Rote wrote about this video:
"Very dark, I sent a chilling sense of lack of communication due to overexposure of sensory stimuli to which we are continually besieged. Actions that repeat daily in the loop, without dwelling too much on their meaning. Distances we travel faster and faster, technologies that allow us to communicate at all times, at the expense of people becoming more isolated and distant, closed in themselves, but are unable to meet, and no desire to share something very deep. A world where humans are becoming more like each other, slaves of fashion and absurd aesthetic, whose prevailing diktats is the same, the glitz and the accumulation of useless objects dictated by induced needs. And where the difference between being inhumane and now the object is always shorter.
The image of the seductive technology reminded me of the "Nausea" by Sartre
Objects are things that should not move, because they are not alive. We use cookies, to forgive the place you live in the midst of them: they are useful, nothing more.
The new technological gizmos have what Benjamin called "sex appeal of the inorganic" are fetishes, idols sort of post-modernism. And fetishes have charm, have strength, the will roam and leave unarmed as under the influence of a spell.
And the charm is more akin to magic than to the simple desire. apply the vocabulary of worship to the most trivial objects of consumption and shadows TV
What should be only one thing inert presents the characteristics of life and power, contrary to what is alive and on the person, like the body, is reduced to a mere object. In this exchange between the perception of life and death, staff and the inorganic is a very strong power of attraction, erotic and theology at the same time.
If you ever go to a concert recently you'll be across a carpet of mobile phones or cameras on. Everyone has a great anxiety to capture the event, as if behind presenteeism and sharing it is the true essence of the event. is no longer enough to be there, live and get excited, the main thing is to immortalize it. And I have to ask "Who made thee do you fly, buy a ticket, make a row, to stand for a couple of hours in the middle of other people and then see the show on a delayed basis in the few inches of your screen? "
This use of technology makes immoderate that people are never fully present in the place where they are, as if something was missing them constantly ..."

I mashed-up these resources for non-commercial, educational purpose
If you own any kind of resource I used and you don't want it to be used in my video please write me and I will remove it immediately (then I will have to re-edit the video, hope you actually enjoy it as a new thing instead ;) 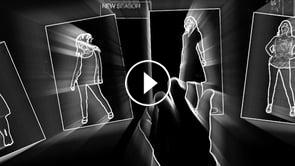 "Never before have so many people understood so little about so much" (James Burke, Connections) A vision of the contemporary technological ...