admin
Stories:
- Google launches first update to the Android M developer preview
- Facebook gets smarter about letting you control your news feed
- iOS 8.4, with Apple Music included, passes 40% adoption in just a week
- Apple Watch silently gets Activation Lock security with watchOS 2 beta 3
- Samsung Galaxy Note 5 launch to happen earlier than expected?
Watch today's Pocketnow Daily as we talk about Google's launch of the first update to the Android M developer preview. Then we talk about Facebook's recent update, now allowing you to control your news feed. We then talk about iOS 8.4 and Apple Music, and how are users adopting it. Speaking of Apple, we then focus on the new Activation Lock features that have come to the Apple Watch. We end today's show talking about the Samsung Galaxy Note 5, and when to expect its launch date.
All this and more after the break.
Subscribe:
About us:
Pocketnow has been a key source of mobile technology news and reviews since its establishment in 2000. With offices on three continents, Pocketnow offers round-the-clock coverage of the mobile technology landscape, from smartphones to tablets to wearables. We aim to be your number-one source for mobile tech news, reviews, comparisons, and commentary. If you love mobile as much as we do, be sure to subscribe!
Follow us: 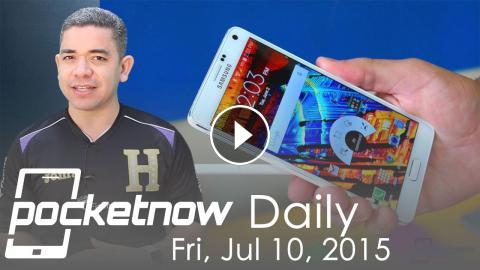