admin
Stories:
- Apple releases iOS 8.1 with fixes, new features and Apple Pay
- OnePlus gets ready to open One pre-orders next week
- Gmail 5.0 brings Material Design and supports other email services
- Fitbit reportedly working on a $250 fitness-oriented smartwatch
- Microsoft may beat Apple with a smartwatch this year
Watch today's Pocketnow Daily as we talk about Apple's release of iOS 8.1 to the public, along with its official launch of Apple Pay. OnePlus follows as it'll begin its "One" preorders very soon, as ridiculous as that may sound. Google follows with details on Gmail 5.0, the things we like, and what is still missing. Fitbit follows with rumors on its next wearables and even a smartwatch. We end today's show talking about Microsoft's smartwatch for later this year.
All this and more after the break.
Subscribe:
About us:
Pocketnow has been a key source of mobile technology news and reviews since its establishment in 2000. With offices on three continents, Pocketnow offers round-the-clock coverage of the mobile technology landscape, from smartphones to tablets to wearables. We aim to be your number-one source for mobile tech news, reviews, comparisons, and commentary. If you love mobile as much as we do, be sure to subscribe!
Follow us: 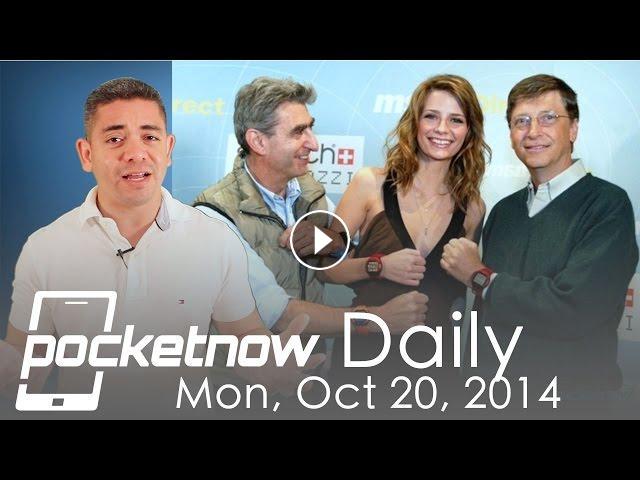