admin
Stories:
- Sony opens Xperia Z3 Tablet Compact US pre-orders
- Microsoft acknowledges Nokia Lumia re-branding efforts
- Leaked ROM reveals details of Nexus 6/Android 5.0 Ambient Display mode
- Apple might cut Beats Music subscription fees in half
- Apple Q4 2014 results break new records
Watch today's Pocketnow Daily as we talk about Sony's launch of the Xperia Z3 Tablet Compact in the United States, though with a couple of quirks. Then we talk about Microsoft, this time because we expect to see some Microsoft Lumia branding very soon. We then talk about a leaked Nexus 6 ROM, and how it'll bring ambient display differently. Apple follows as we might see the company drop the Beats Music subscription price. We end today's show talking about Apple's Q4 results, and how the company has exceeded even its own expectations.
All this and more after the break.
Subscribe:
About us:
Pocketnow has been a key source of mobile technology news and reviews since its establishment in 2000. With offices on three continents, Pocketnow offers round-the-clock coverage of the mobile technology landscape, from smartphones to tablets to wearables. We aim to be your number-one source for mobile tech news, reviews, comparisons, and commentary. If you love mobile as much as we do, be sure to subscribe!
Follow us: 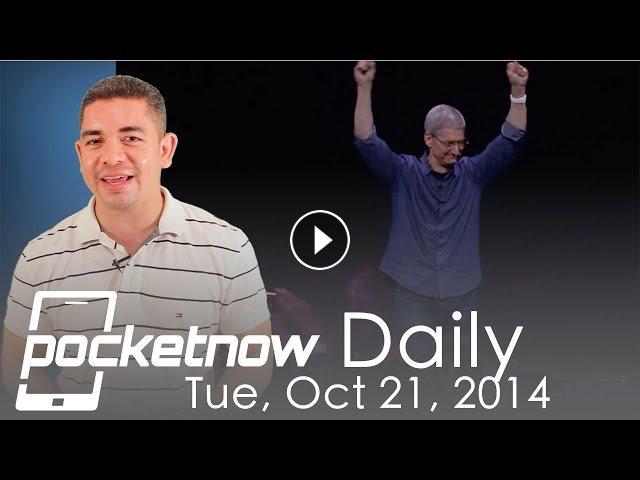