Watch today's Pocketnow Daily as we talk about the official launch of the Moto X wooden back variants on Moto Maker. We then talk about the plans Motorola has just made public where a $50 smartphone is in the works. Up next we go through some analyst talk of the iPhone 6 sporting a bigger display, and how this is non-negotiable. The Google Nexus 5 and the Galaxy Gear make the news next since it seems that XDA-Developers has figured out how to make them work together. We end today's show talking about Samsung's plans to kill-off functionality to third-party cases of the Galaxy Note 3 when KitKat arrives. 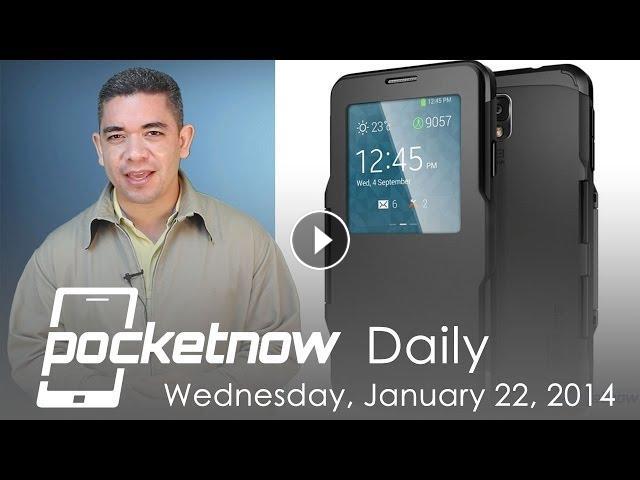 Stories: - All Moto X wooden back options now available; who's getting one? - Moto G was just the start; Motorola aiming for $50 smartphone - Analyst ...