admin
Stories:
- Microsoft McLaren “Lumia 1030″ prototype leaks again in new image gallery
- New Live Tile interactions rumored for Windows 10 phones
- New set of possible Samsung Galaxy A7 specs makes the rounds
- Apple manufacturing rumors talk Watch, iPhone 6s
- Sources clash over possibility of Galaxy S6 Edge
Watch today's Pocketnow Daily as we talk about more details regarding the Microsoft Lumia 1030, this time in leaked images. Then we talk about Windows 10 on smartphones, and how the Live Tiles will interact. Samsung follows as we learn more about the Galaxy A7 in specifications. Apple follows as we learn more details of the iPhone 6s, this time thanks to the Apple Watch manufacturing. We end today's show talking about the Samsung Galaxy S6 Edge, and its probability.
All this and more after the break.
Subscribe:
About us:
Pocketnow has been a key source of mobile technology news and reviews since its establishment in 2000. With offices on three continents, Pocketnow offers round-the-clock coverage of the mobile technology landscape, from smartphones to tablets to wearables. We aim to be your number-one source for mobile tech news, reviews, comparisons, and commentary. If you love mobile as much as we do, be sure to subscribe!
Follow us: 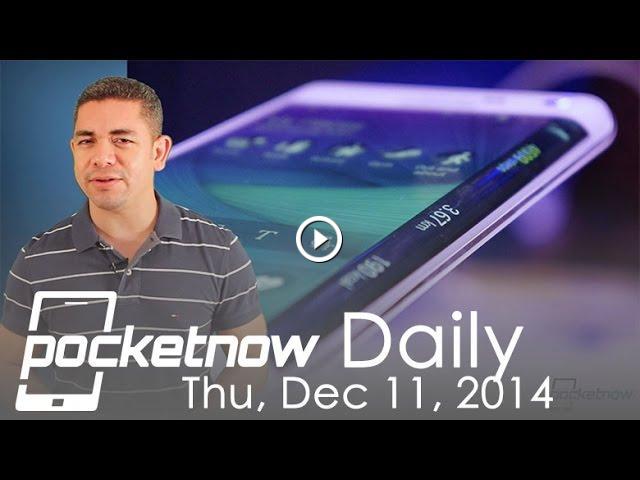