admin
Stories:
- Oculus Rift pre-orders finally open at $600, but you’d better hurry
- Casio smartwatch details arrive: Android Wear, ruggedised build
- HTC is not selling its headquarters to invest in Vive
- Twitter character limit to raise from 140 to 10,000
- Apple shrinks orders for parts as iPhone sales contract
Watch today's Pocketnow Daily as we talk about the recent announcement of Oculus Rift pricing. Then we discuss the new Casio Android Wear smartwatch and how it changes Android Wear. HTC follows as the company clarifies that the company's headquarters aren't going anywhere. Twitter is next as rumors point to a more convenient service coming soon. We end today's show talking about the rumors that Apple is shrinking orders for the iPhone 6s.
All this and more after the break
Subscribe:
About us:
Pocketnow has been a key source of mobile technology news and reviews since its establishment in 2000. With offices on three continents, Pocketnow offers round-the-clock coverage of the mobile technology landscape, from smartphones to tablets to wearables. We aim to be your number-one source for mobile tech news, reviews, comparisons, and commentary. If you love mobile as much as we do, be sure to subscribe!
Follow us: 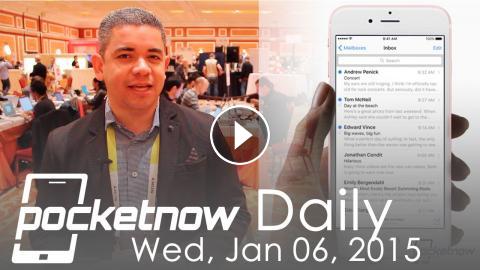