admin
Stories:
- Apple brings back the iPad 4, launches an 8GB iPhone 5c and discontinues the iPad 2
- Rumors point to the iPhone 6 camera bringing optical image stabilization
- Exactly when will the new HTC One be available for purchase?
- Google Now may soon be able to deliver reminders based on whom you're with
- Google releases Android Wear developer preview; bring on the smartwatches
- Motorola announces Moto 360, a sweet circular smartwatch for this summer
- LG G Watch Android Wear smartwatch could launch as soon as next quarter

Watch today's Pocketnow Daily as we talk about Apple's re-launch of the iPad 4, and the birth of a cheaper iPhone 5c with 8GB of storage. We then talk about the iPhone 6 and the possibility of it getting optical image stabilization in its camera. HTC follows the news as we get possible launch dates for the M8. Google Now later takes the spotlight as we talk about the recent changes for better interaction with others. We end today's show talking about Google's announcement of Android wear, the Moto 360 and the LG G Watch. 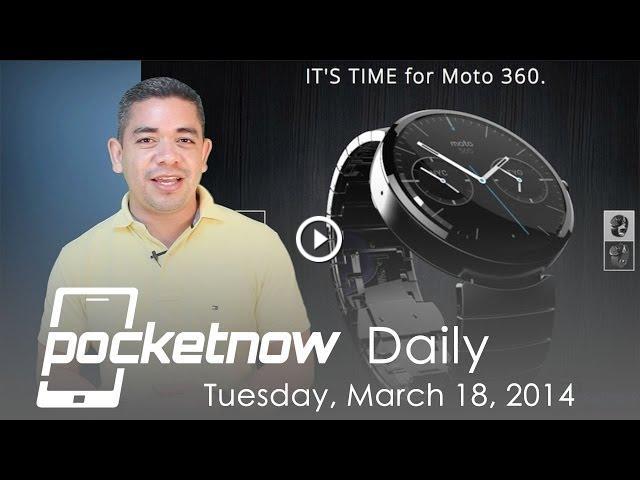 Stories: - Apple brings back the iPad 4, launches an 8GB iPhone 5c and discontinues the iPad 2 - Rumors point to the iPhone 6 camera bringing optical ...