admin
T-shirts provided by RIPT. Learn more about it here:
Stories:
- Refurbished 2nd-Gen Moto 360 finds massive deals
- Wild Pokémon Go success predictably causes handful of nasty real-life incidents
- 44 percent of current iPhone users may upgrade to iPhone 7
- Google’s possible Android Wear smartwatches leaked in renders
- A curved Galaxy Note 7 gets leaked again in photos
Watch today's Pocketnow Daily as we talk about the recent deals for a refurbished 2nd generation Moto 360. Then we talk about all the funny issues generated by Pokemon Go. The iPhone 7 follows as we learn that a lot of people are staged for one. Google follows as the company's Android Wear offerings get shown in renders. We end today's show talking about the leaked photos of the Samsung Galaxy Note 7.
All this and more after the break.
Subscribe:
About us:
Pocketnow has been a key source of mobile technology news and reviews since its establishment in 2000. With offices on three continents, Pocketnow offers round-the-clock coverage of the mobile technology landscape, from smartphones to tablets to wearables. We aim to be your number-one source for mobile tech news, reviews, comparisons, and commentary. If you love mobile as much as we do, be sure to subscribe!
Follow us: 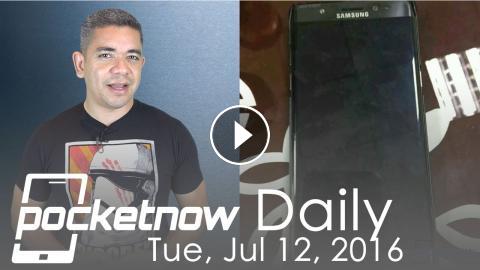