admin
Stories:
- University makes fitness trackers mandatory for students
- Google posts a solid Q4 as annual revenue hits $74.5 billion
- Google may be about to seriously step up its involvement in Nexus hardware design
- New iPad Air 3 schematic depicts a tablet ever so slightly larger than iPad Air 2
- Samsung Galaxy S7 leaked renders finally give us a look at phone’s back
- Blass leaks Samsung Galaxy S7 event for February 21
Watch today's Pocketnow Daily as we talk about how a university is making Fitbits mandatory, but with a purpose. Google follows as we learn of the company's quarter results and how much money was made. Google continues as we hear that the company is applying a lot of pressure on that future HTC Nexus smartphone. Apple follows as some new iPad Air 3 schematics show us a thicker product than the current. We end today's show talking about the Samsung Galaxy S7, press invites, and leaked design.
All this and more after the break.
Subscribe:
About us:
Pocketnow has been a key source of mobile technology news and reviews since its establishment in 2000. With offices on three continents, Pocketnow offers round-the-clock coverage of the mobile technology landscape, from smartphones to tablets to wearables. We aim to be your number-one source for mobile tech news, reviews, comparisons, and commentary. If you love mobile as much as we do, be sure to subscribe!
Follow us: 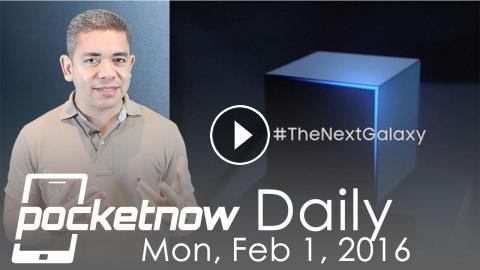