admin
Stories:
- Android 6.0.1 lands for Nexus devices with a ton of new emoji (factory images available)
- HTC monthly revenues continue to rebound, hitting new six-month high
- Turing Phone isn’t going to hit its ship date; best ETA now is sometime in Q1 2016
- Could the Galaxy Note 4 be Samsung’s first device to run Android Marshmallow?
- Galaxy S7 renders give us early look at a familiar design, while rumored GS7 Plus sounds huge
Watch today's Pocketnow Daily as we talk about Android 6.0.1 and its changes to new Google Nexus devices. Then we discuss HTC's recent success in sales, as the company continues to gain traction. Those of you waiting for the Turing Phone will be disappointed with the latest news. Then we move the spotlight to Samsung and talk about Android 6.0.1 on the Galaxy Note 4. We end today's show talking about the Galaxy S7 and Galaxy S7 Plus renders.
All this and more after the break.
Subscribe:
About us:
Pocketnow has been a key source of mobile technology news and reviews since its establishment in 2000. With offices on three continents, Pocketnow offers round-the-clock coverage of the mobile technology landscape, from smartphones to tablets to wearables. We aim to be your number-one source for mobile tech news, reviews, comparisons, and commentary. If you love mobile as much as we do, be sure to subscribe!
Follow us: 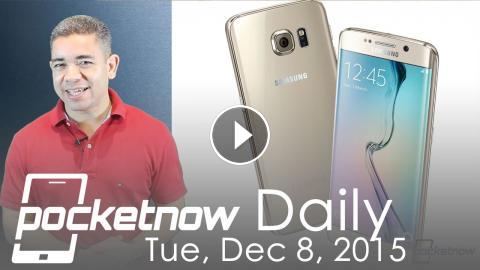