On Pocketnow Daily, according to some benchmarks the Samsung Galaxy Fold will only bring Qualcomm processors. The Huawei P30 Pro was just leaked on Huawei's website along with the Watch Active GT. AT&T's controversial 5G E was just tested and it is as good as others LTE. Facebook was storing passwords for mysterious reasons and giving their employees access. We end today's show with Apple signing Vox for their new news service. 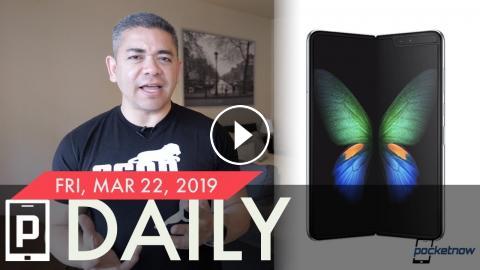 Learn more about the Honor View 20 here!https://hihonor.comOn Pocketnow Daily, according to some benchmarks the Samsung Galaxy Fold will only bring Qu...