admin
Stories:
- Windows Bridge for iOS app testing tool nears launch, asks for submissions
- Sony to cripple Xperia Z5 for US release: bye bye, fingerprint scanner
- Apple ready to finalize deal with Samsung for OLED displays
- LG is ‘ready to take on Samsung’ at MWC, though Galaxy S7 could come cheaper than S6
- Samsung’s smartphone market share and sales declined in 2015, further drop tipped for 2016
Watch today's Pocketnow Daily as we talk about the Windows Bridge for iOS, and what Microsoft is doing to bring new developers. Sony is next as we hear that the Xperia Z5 will launch in the US without some features. Apple follows as it seems the company has finalized its negotiations with Samsung for an OLED iPhone. LG follows as we hear of the next flagship the company might bring to MWC. We end today's show talking about how Samsung has lost market share this year.
All this and more after the break.
Subscribe:
About us:
Pocketnow has been a key source of mobile technology news and reviews since its establishment in 2000. With offices on three continents, Pocketnow offers round-the-clock coverage of the mobile technology landscape, from smartphones to tablets to wearables. We aim to be your number-one source for mobile tech news, reviews, comparisons, and commentary. If you love mobile as much as we do, be sure to subscribe!
Follow us: 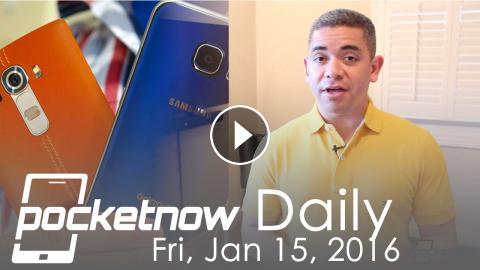