00:00 So here's the theory. A point is unique. A line is the shortest distance between points. A plane is a perfect surface, and simple coordinates describe a sphere. It's easy to compute spatial relations in this imaginary world.
00:19 But the reality of our Earth disagrees. The globe bulges at the middle; the land plane has mountains and valleys; roads wiggle and waver. For this world of the real, a new sort of computing is needed.
00:35 Join us as Shashi Shekhar discusses how computers have come to understand the peculiar dimensionality of our real world, in Spatial Computing.
00:48 [Intro graphics/music]
00:56 Minneapolis sits alone, over 500 kilometers from the nearest major city. But make your way here and you'll find the University of Minnesota's Spatial Computing Research Group, led by Shashi Shekhar. The group confronts quandaries posed by our often messy physical world.
01:17 DR. SHEKHAR: So latitude and longitude is a coordinate system centered at the center of the Earth -- it's a spherical coordinate system. ... But we all know that Earth actually is not a perfect sphere. ... So U.S. GPS measures ellipsoid and uses one. Europeans measure with their own satellites and they tend to be more accurate -- they have a different ellipsoid. ... So for example, if you think about the major landmark in Greenwich, England, the English ellipsoid and the GPS can be 100 meters off at that point.
01:51 But where the physical world provides challenges, it also offers opportunities that spatial computing can exploit. For example, the technique of autocorrelation.
02:03 DR. SHEKHAR: In other words, nearby things are not independent of each other. ... So if you try to imagine: What would physical world look like if each point had elevation which were independent of all other points, including its neighbors? [Laughs] Spikes, yeah? It's the Bryce Canyon in Utah!
02:22 Features of the physical world dictate which algorithms are fastest and best. These results are sometimes at odds with classical assumptions.
02:32 DR. SHEKHAR: So for example in the road map storage, road map database. Back then, everyone was using geometric techniques. ... But when we started ranking those methods to store road maps, it turns out the ranking measure was based on graph theoretical properties, the number of edges cut. And we saw, "Oh! That's a huge blind spot in our literature."
02:53 That literature has progressed, with advances in spatial computing affecting *all* physical spaces, not just geographic ones.
03:02 DR. SHEKHAR: One could also say that your medicine should de delivered to only specific locations in your body. ... So you can imagine that, in the future, these medicines will be delivered by some carrier molecule or devices which will be able to know their location in human body in terms of organs.
03:21 But even if restricted to geographic applications, advances in spatial computing could make a big difference.
03:29 DR. SHEKHAR: So we live on the surface of the Earth. Lots of our lives is affected by that. That's what spatial computing is about.
03:38 Find out more in the contributed article, "Spatial Computing", in the January 2016 issue of Communications of the ACM.
03:52 [Outro and credits] 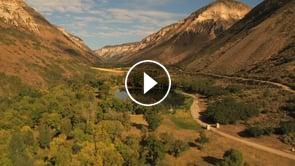