2020 MITSUBISHI OUTLANDER PHEV: 100KM ELECTRIC RANGE THE TARGET - The second-generation Mitsubishi Outlander PHEV, due around 2020/21, will have a significantly longer zero-emissions electric range than the current model, sufficient to make it an electric vehicle ‘95 per cent of the time’ for the average commuter.

The next version of Mitsubishi’s (in many ways pioneering) plug-in hybrid crossover is expected to have a battery range between 80km and 100km – up from just over 50km on the current model, or 45km on the harsher and newly-mandated real-world focused WLTP European test cycle.

This is the maximum EV range before the petrol engine/generator kicks in and carries the load. Such a setup is why PHEV has come to be known a bridging tech between the rollout of cheap, and long-range, electric cars.

The 100km figure would put the (relatively) affordable Outlander PHEV's battery driving range on a par with the soon-to-be-launched second generation BMW X5 PHEV, called the xDrive45e Performance. Needless to say this will be a more expensive offering.

The Outlander PHEV has been a smash hit for MMC in certain markets that incentivise (give tax breaks) for green vehicles. It's sold more than 100,000 of them in Europe, and it's a top-seller in Japan, where it actually makes financial sense.
The current Euro- and Japan-market Outlander PHEV pairs a 100kW 2.4 litre petrol engine/generator with two electric motors, one at each end of the car, making 60kW and 70kW respectively, plus a 13.8kWh lithium-ion onboard battery array.

The PHEV can drive as a battery EV at highways speeds until the batteries are flat, as a series hybrid with the petrol engine simply generating power for the electric drive motor to use, or as a parallel hybrid where both petrol and electric power sources are driving the wheels.

The batteries can be charged up from a regular home powerpoint in five hours, or a public fast charger to 80 per cent in 25 minutes. While its EV range is a fraction of a pure EV crossover like the Hyundai Kona Electric (or any of these rivals), the Outlander PHEV has an onboard petrol generator that can be refilled at any service station.

The 2020 replacement model will likely use a smaller petrol engine to save weight and reduce fuel burn, and a denser onboard storage battery. Naturally, this unit costs more (the current rate across the industry is about $150 per kWh) but there's a way for MMC to develop it with economic viability.
The Outlander PHEV is Australia's most popular plug-in hybrid, but then again it hasn't really had any direct rivals. We're quite behind Europe, the US and much of Asia in this regard.


But the reality is, we're not a core PHEV market yet. We still get the previous version with its 2.0 engine and smaller-output motors than the MY19 model in Europe/Japan, and we won't be at the front of the queue for the new 2020/21 model with its bigger range. 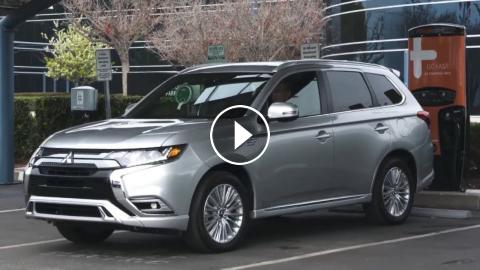