admin
It's a place few people have seen or even imagined, and distant from familiar, everyday surroundings. At times the weather can be as harsh as the terrain with winds and blinding snow reaching 110 mph. For four months the darkness is company only to the sounds of cracking ice and the ever present howling of the winds. The surrounding mountains rise up majestically to soaring, pinnacled peaks, blocking the passage of the enveloping continental ice. The gentle slope of the Anuchin Glacier flows in from the north halting until it is nearly flat and there one can find Lake Untersee -- an oasis in a frozen desert. Within the mountains of Queen Maud Land, surrounded by rock and ice, is a world that resembles Earth's earliest biosphere. A world dominated by microbial life forming the same textures, fabrics and structures that are seen preserved in sediments dating back 3.45 billion years. Beneath the thick perennial ice-cover are photosynthetic cyanobacterial mats growing undisturbed just as they did billions of years ago -- its as if we have been sent a postcard from the past - one that can help us understand how those early ecosystems thrived on a planet so different from today -- a planet whose sun was 30% less bright, and with an atmosphere, lakes, rivers and oceans nearly devoid of oxygen. Our journey is not just to Antarctica, or back in time to learn about the microbial landscapes of early Earth - Lake Untersee also informs us about how to to go about the search for life on other worlds such as the planet Mars and the outer moons Europa and Enceladus. But most of all, our work in Antarctica is a journey of discovery - one that encompasses adventure, curiosity, imagination, leadership and courage along with a burning desire to advance knowledge.

About the Speaker: Dale Andersen is a scientist at the Carl Sagan Center within the SETI Institute, a private, nonprofit organization dedicated to scientific research, education and public outreach. At the SETI Instiute research teams focus on a wide set of disciplines ranging from observing and modeling the precursors of life in the depths of outer space to studies of Earth, where they are attempting to learn more about how life began and how its many diverse forms have survived and evolved. Dr. Andersen is interested in locating, characterizing and understanding environments where physical and chemical conditions approach or exceed the tolerances for life. This includes investigating biogeochemical processes occurring in polar lakes, oceans, and springs, or in lithic environments such as sandstones or retrogressive thaw slumps harbouring massive ground ice. Of particular interest are the physical controls and ecological impacts that perennial ice-covers and thick continuous permafrost have on the structure and function of microbial ecosystems. Dale's polar field work includes 31 trips to the high arctic and 16 expeditions to Antarctica, including work in the McMurdo Dry Valleys, McMurdo Sound, Bunger Hills Oasis, and within the Untersee and Schirmacher Oases in Queen Maud Land. Dale helped pioneer diving beneath the thick (3-6 m) ice of Antarctic lakes around the continent, including the first dives in the lakes of the McMurdo Dry Valleys in 1978, the lakes in Bunger Hills Oasis, and recently the first dives in Lake Untersee. His current research is focused on perennially ice-covered Lake Untersee, located in the mountains of Queen Maud Land, Antarctica (-71.34°, 13.47°).

This talk was hosted by Boris Debic. 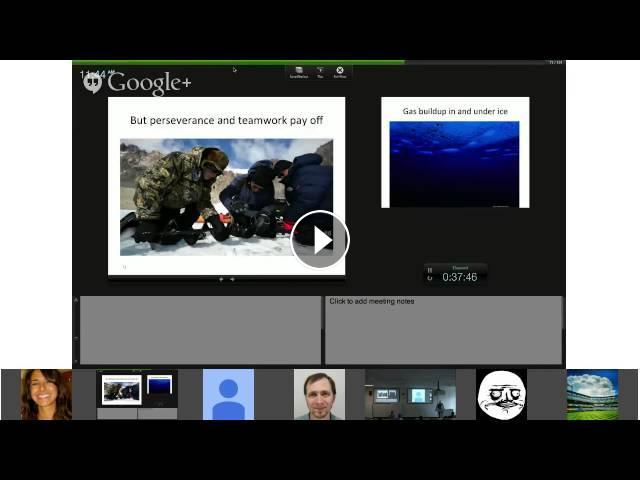 It's a place few people have seen or even imagined, and distant from familiar, everyday surroundings. At times the weather can be as harsh as the terr...