Mary Roach: "Grunt: The Curious Science of Humans at War" | Talks at Google

admin
Bestselling science writer Mary Roach visited Google's office in Cambridge, MA to discuss her book "Grunt: The Curious Science of Humans at War".
In "Grunt", Roach tackles the science behind some of a soldier's most challenging adversaries―panic, exhaustion, heat, noise―and introduces us to the scientists who seek to conquer them. She dodges hostile fire with the USMC Paintball Team as part of a study on hearing loss and survivability in combat. She visits the fashion design studio of U.S. Army Natick Labs and learns why a zipper is a problem for a sniper. She visits a repurposed movie studio where amputee actors help prepare Marine Corps medics for the shock and gore of combat wounds. In east Africa, we learn how diarrhea can be a threat to national security. Roach samples caffeinated meat, sniffs an archival sample of a World War II stink bomb, and stays up all night with the crew tending the missiles on a nuclear submarine. She answers questions not found in any other book on the military: Why is DARPA interested in ducks? How is a wedding gown like a bomb suit? Why are shrimp more dangerous to sailors than sharks?
Mary Roach is also the author of "Packing for Mars: The Curious Science of Life in the Void", "Bonk: The Curious Coupling of Science and Sex", "Spook: Science Tackles the Afterlife", "My Planet: Finding Humor in the Oddest Places", and "Stiff: The Curious Lives of Human Cadavers". Her writing has appeared in Outside, Wired, National Geographic, and the New York Times Magazine, among others.

Mary Roach: "Grunt: The Curious Science of Humans at War" | Talks at Google 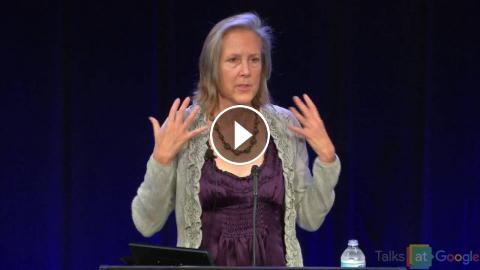