admin
Using Constraint-based Automated Scheduling for Rosetta Science Operations.
Steve Chien, Jet Propulsion Laboratory, California Institute of Technology
On September 30th 2016, the European Space Agency’s Rosetta Mission will end with the Rosetta Orbiter landing on the comet 67P/ Churyumov-Gerasimenko. This historic mission is the first mission to deploy a soft lander to a comet and to escort a comet for an extended period (over one year).
But Rosetta is also a pathfinding space mission from the perspective of Operations, Computer Science, and Artificial Intelligence in it’s usage of the ASPEN Artificial Intelligence planning and scheduling software for early to mid-range science activity scheduling and data dump scheduling.
In my talk I first briefly discuss comets and their importance understanding the evolution of our solar system and life on Earth. Second, I describe elements of the multi- disciplinary Rosetta science planning process which incorporates diverse science, geometric, engineering, and resource constraints. Finally, I describe the constraint-driven scheduling automation and how Artificial Intelligence has much to offer not only in schedule generation, but in constraint enforcement, problem and constraint analysis, and in iterative schedule refinement.
Dr. Steve Chien is a Senior Research Scientist at the Jet Propulsion Laboratory, California Institute of Technology where he leads efforts in autonomous systems for space exploration. Dr. Chien has received numerous awards for his research in space autonomous systems: NASA Medals in 1997, 2000, 2007, and 2015; he is a four time honoree in the NASA Software of the Year competition; and in 2011 he was awarded the innaugural AIAA Intelligent Systems Award. He has led the deployment of ground and flight autonomy software to numerous missions including the Autonomous Sciencecraft on Earth Observing One, the WATCH software to the Mars Exploration Rovers, the Earth Observing Sensorweb, the IPEX Cubesat, and to ESA's Rosetta mission.
This talk was hosted by Boris Debic. 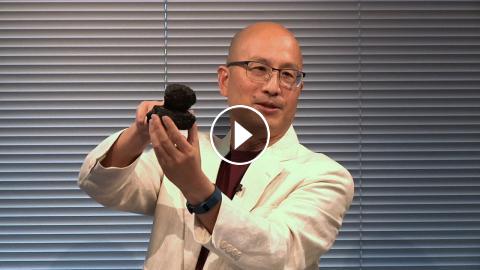