admin
Stories:
- Microsoft smartwatch, codenamed Moonraker, could be a leak or a concept
- Galaxy S6 Plus rumors pick up new hardware, software details
- OnePlus 2 pricing rumors suggest no price hike in store
- ASUS-HTC deal not ruled out by Asustek, company considers HTC acquisition
- BlackBerry may release Android phone with hardware keyboard
Watch today's Pocketnow Daily as we talk about a Microsoft smartwatch that never was, or that still could be. Samsung is next as we learn more about the specs of the Galaxy S6 Plus. OnePlus follows this time with the probable price tag of the OnePlus 2. Then we talk about ASUS and HTC, and the possibility of both companies joining forces. We end today's show talking about BlackBerry and the an Android phone that might be in the works.
All this and more after the break.
Subscribe:
About us:
Pocketnow has been a key source of mobile technology news and reviews since its establishment in 2000. With offices on three continents, Pocketnow offers round-the-clock coverage of the mobile technology landscape, from smartphones to tablets to wearables. We aim to be your number-one source for mobile tech news, reviews, comparisons, and commentary. If you love mobile as much as we do, be sure to subscribe!
Follow us: 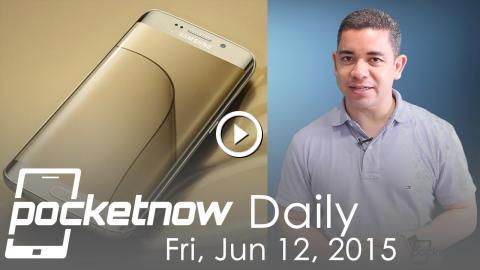 Stories:- Microsoft smartwatch, codenamed Moonraker, could be a leak or a concept - Galaxy S6 Plus rumors pick up new hardware, software details - One...