admin
Stories:
- HTC Vive pre-orders are live – so which VR headset are you buying? (Poll)
- HTC Vive international pricing revealed in full just ahead of pre-order start
- HTC has “multiple priorities” from a flagship to mobile VR
- Rumored LG G5 Lite is actually the Snapdragon 652-powered G5 for Latin America
- Galaxy S7 dropping prominent “Samsung” branding in multiple markets
- Apple’s new four-inch smartphone could launch as the iPhone SE – no number at all
- Tim Cook response to shareholder Apple Car question hints at surprises, long wait
Watch today's Pocketnow Daily as we talk about the launch of the HTC Vive pre-orders, in addition to what to expect from HTC priorities. Then we talk about the LG G5 Lite, as it seems that the company had more plans up its sleeve. Samsung follows as we notice that the Galaxy S7 doesn't follow the same branding scheme across the world. Apple is next with the iPhone SE, and no we didn't forget the 5 in the name. We end today's show talking about Tim Cook's teaser on what to expect for the Apple Car.
All this and more after the break.
Subscribe:
About us:
Pocketnow has been a key source of mobile technology news and reviews since its establishment in 2000. With offices on three continents, Pocketnow offers round-the-clock coverage of the mobile technology landscape, from smartphones to tablets to wearables. We aim to be your number-one source for mobile tech news, reviews, comparisons, and commentary. If you love mobile as much as we do, be sure to subscribe!
Follow us: 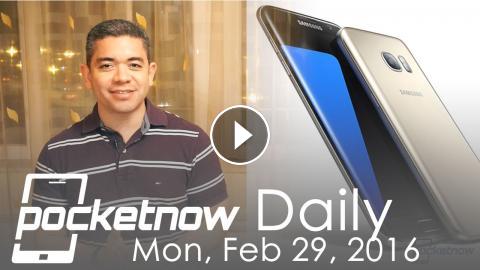 Stories:- HTC Vive pre-orders are live – so which VR headset are you buying? (Poll) - HTC Vive international pricing revealed in full just ahead of pr...