admin
Stories:
- Microsoft’s quarterly figures show revenue slipping, phones down 49 percent
- Samsung reports worrisome Q4 2015 smartphone sales dip, forecasts small 2016 growth
- iPhone 5se may be meant for emerging markets
- Apple iPad Air 3 production possibly starting soon with 4K screen and ‘up to’ 4GB RAM
- Samsung Galaxy S7 starts to uncover its final design, full render incoming
Watch today's Pocketnow Daily as we talk about Microsoft's quarter results, and how this spells terrible news for Windows Phone. Samsung's quarter results followed and these didn't say much positive for today, but did for the future. Then we hear of Apple's plans with the iPhone 5se, a product that seems more geared towards emerging markets. Then we discuss how the iPad Air 3 might be a dramatic refresh to the tablet we know. We end today's show talking about the Samsung Galaxy S7, and some teasers that emerged.
All this and more after the break.
Subscribe:
About us:
Pocketnow has been a key source of mobile technology news and reviews since its establishment in 2000. With offices on three continents, Pocketnow offers round-the-clock coverage of the mobile technology landscape, from smartphones to tablets to wearables. We aim to be your number-one source for mobile tech news, reviews, comparisons, and commentary. If you love mobile as much as we do, be sure to subscribe!
Follow us: 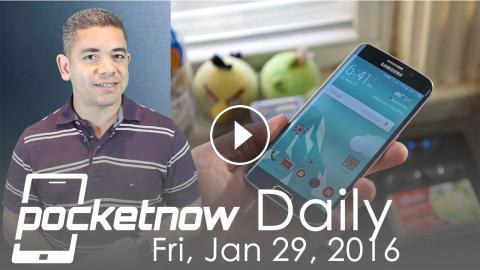